Snap's highly-anticipated IPO filing has hit, and its $3 billion deal size is larger than every 2016 tech IPO combined.

The social media juggernaut is on track to price in early March. Investors will no doubt compare Snap with Facebook (Nasdaq: FB) and Twitter (NYSE: TWTR) at the time of their IPOs and today. Facebook's stock trades 244% above its May 2012 IPO price, while Twitter is 32% below its November 2013 IPO.

Unlike Facebook and Twitter, Snap has generated staggering losses ahead of its IPO, with a $1.2 billion accumulated deficit and operating margin of -102%. Despite its earlier stage, Snap's year-over-year growth in daily active users (+48%) was in line with Facebook at the time of its IPO, and Snap's 4Q16 user count was just 3% higher than the 3Q16. The camera company's bull case is tied to its ability to grow those DAUs and raise monetization, just as Facebook did. Snap boasts skyrocketing sales growth (150% expected in 2017), and Snap should highlight its ability to offer advertisers unique access to a younger demographic with opportunities for greater brand interaction. 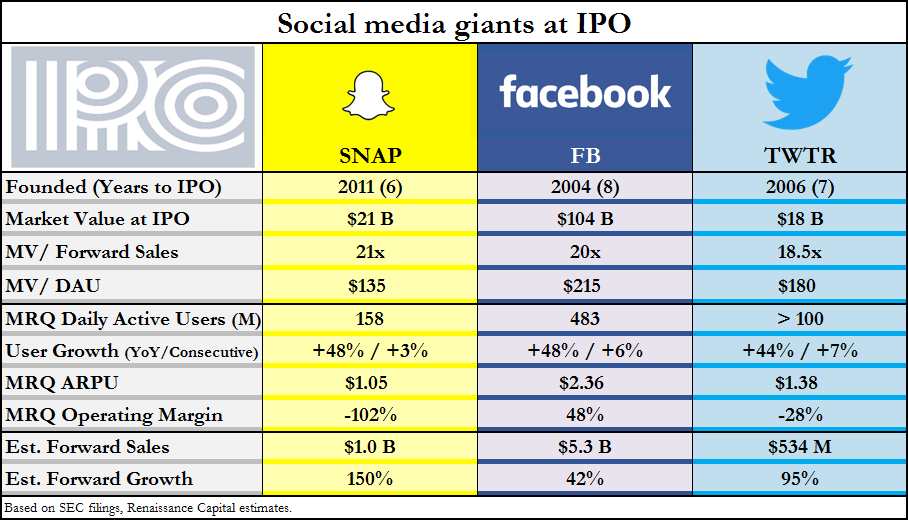 Facebook's successful ramp in users and monetization since the IPO provides a roadmap for Snap to achieve its sky-high valuation, with Facebook posting best-in-class ARPU of more than $7 in the last quarter (>$19 for US users). However, Twitter offers a cautionary tale for potential Snap investors, having failed to maintain strong user growth, leverage its user base or deliver positive operating margins. 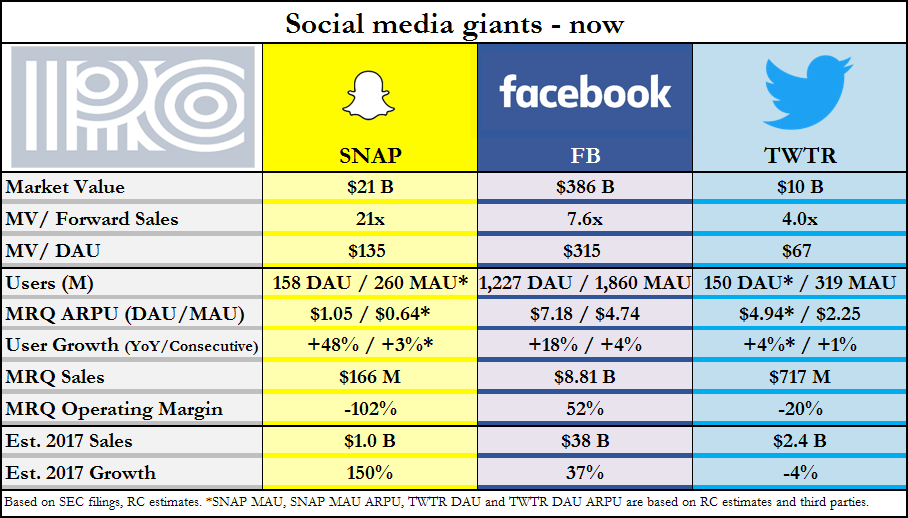