An IPO a day: new filing count passes 365 for 2014 thanks to late December rush

Following a four-week stretch with just two new IPO filings, activity has spiked at the tail end of 2014 and could portend an active IPO calendar in January and February. Since December 15, 23 companies have submitted initial filings for IPOs, including nine this week. More than half of the new filers have been health care companies, including a mix of biotech and medical device companies, while none have been technology firms. All but five are looking to raise $100 million or less. Through December 30, 368 companies have submitted initial filings in 2014, 44% more than in 2013. With 24 total filings, December 2014 matches December 2007 as the busiest December over the last decade.

The highest-profile December filer is Shake Shack (SHAK), a fast-casual burger chain with 63 locations. The New York City-based company averaged more than $5 million in revenue per "shack" in 2013, well above comparable figures for recent burger chain IPO Habit Restaurants (HABT; up 87%) and Chipotle (viewed in most circles as the best-in-class fast-casual concept). 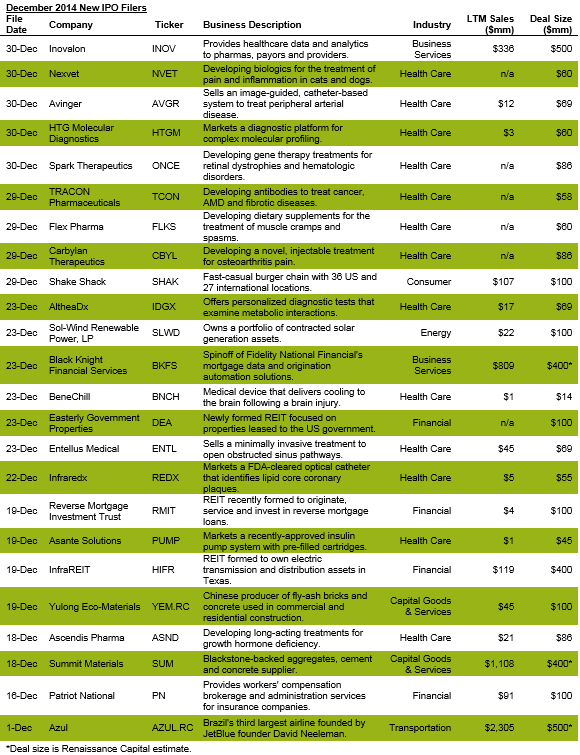